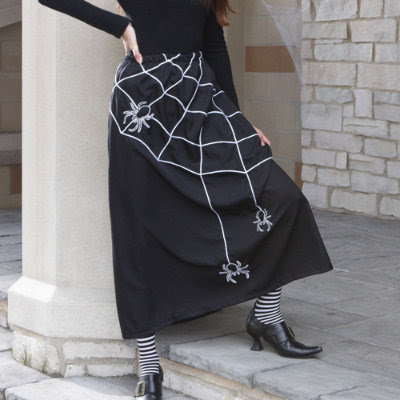 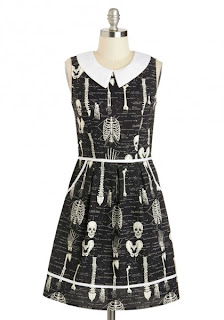 Modcloth just got this cute Rad to the Bone dress back in stock. The bones glow in the dark! Its a cute dress but I like my spooky with a bit more coverage so I plan to make an over skirt for an 1880's bustle walking dress with the same fabric available here. Fabric.com has 94 just arrived new Halloween prints.
- June 13, 2013 4 comments:

In the photo you can see some of the dreaded powdery mildew spots on last years upper pumpkin patch. A big problem here in Oregon so I tried the powdery mildew resistant seeds last year. For the most part it worked until we had some damp weather set in and then it was still hard to fight. Still less mildew than regular seed planted in 2011. A pretty good haul from two 4X4 raised beds with 14 larger pumpkins and several smaller pumpkins. I had to hand pollinate the upper bed as the bees were few.

Ordered my seeds from Johnny's Selected Seeds. They just arrived and I'm excited about trying new baby white ghost pumpkins in the mix. New Racer will be planted for a second year and along with Charisma. They are similar in size and yielded nice 8-12 pound larger pumpkins and the smaller ones were around 3-5 pounds. This year I'm using only drip lines in the beds and made sure the second bed was up wind from the sprayers used in the lower part of the garden. That might have been an issue last year with over spray on the lower patch.

This is yet another great piece from artist GrimQuiet on etsy. He also offered Krampus Lanterns you can see if you click on his sold items... 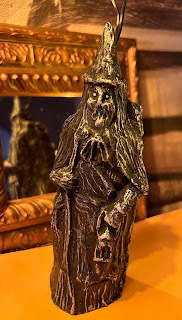 Old Fashion Halloween
Collector of Halloween Paper Ephemera. Items from my personal collection and treats I find on the web are displayed for your enjoyment.